Fast Forward Dogs Activity Training were invited to the National Pet Show at the NEC to do some agility displays, Denise kindly invited Sweep and I to take part.  We had a fabulous day, Sweep wasn't bother about all the noise at all, he steadied himself on the carpet surface and wasn't silly.  It was the first time we had tried his running A-frame outside training and it was perfect.

We took Macy along too and she had a great day, the show wasn't as big as I expected, you could probably get round it all in no more than half a day.  She had a great time - brushed a miniature horse, stroked a snake, a chicken, met a huge tortoise and more!

We had also seen these balloons on The Apprentice not long before we attended and we just had to have one!  As Macy was picking her balloon, a photographer from the press took some photos of her (below).  She loves this balloon and it has followed her everywhere since she got home, it will be a sad day when it deflates! 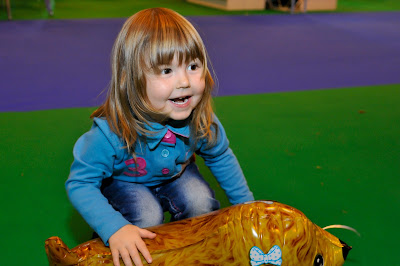 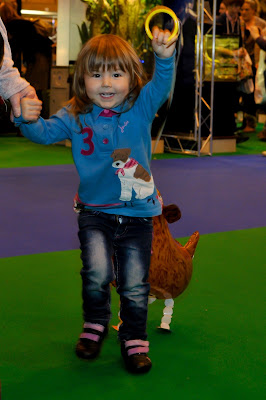 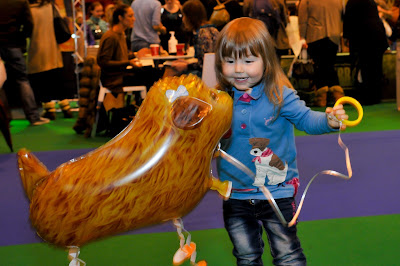 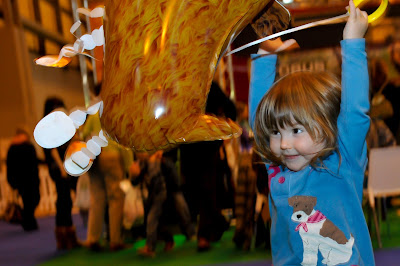 Last time we took Macy Strider racing she was a bit too young at just under 2 she couldn't really push her bike over the bumps, so I thought now she is a bit more confident on her bike and a bit stronger she will enjoy it more.

We were lucky with the weather as it was dry and sunny and quite warm for November!  Macy went out on the track for practice and was flying round, she was absolutely loving it and coped a lot better with the bumps.  Her first race she finished 2nd but didn't do so well in her other two heats.  There were some fathers there who were really shouting at their children but it really freaked Macy out as she thought they were shouting at her and that she had done something wrong, every time someone shouted she stopped!  And the worst was they would stand right at the finish so she didn't want to finish as it meant riding at these people who were really shouting!!  She was leading the one race but didn't want to finish because everyone was gathered there screaming at their children.

It was a shame really as she loved riding her bike and she just wanted to go round again and again.  Next time perhaps she can switch off a bit more to the shouting and not let it bother her so much?  I would like her to do well as she was the only girl in her age group, would be nice to see her beating the boys and she could do it, but really I want her to enjoy it.  Here are some photos I took of her: 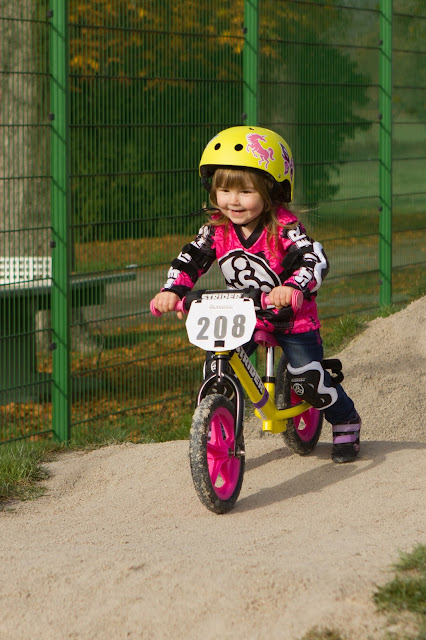 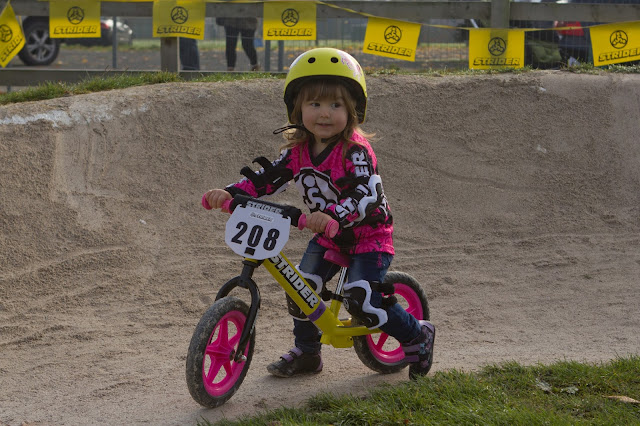 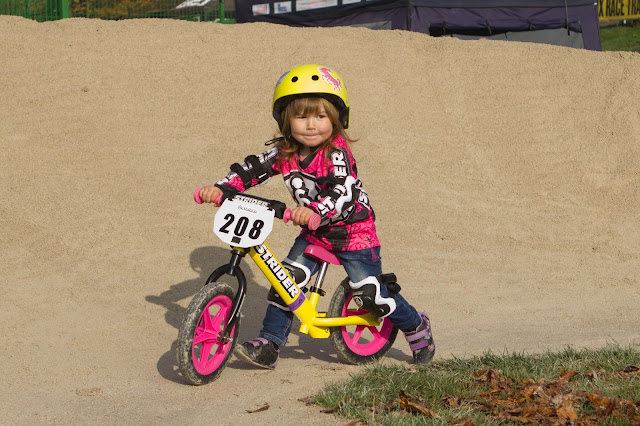