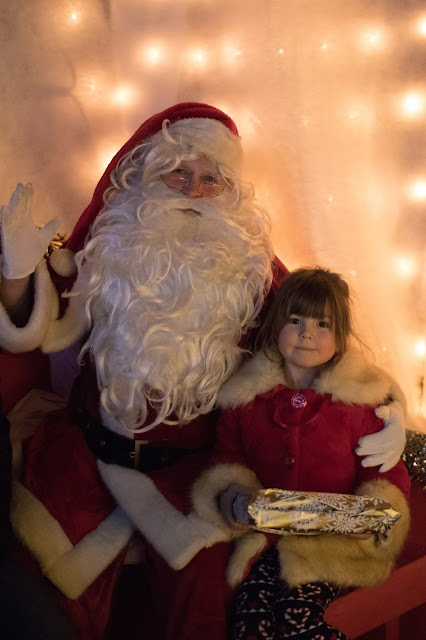 Last year we went to Lapland just before Christmas so this year we decided to go all out for Santa and just do one 'special' visit rather than a few at local fairs/town centres etc. We decided upon Hawkstone which is just north of Shrewsbury.  It is £17 per adult and £18 per child during daylight hours and £20 per adult, £22 per child during twilight. We decided to go during daylight as I thought I may get better photos but actually the majority of it was in the caves so it would have been nice during twilight. 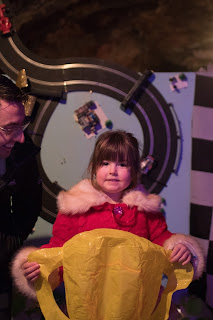 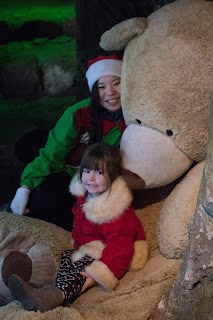 You meet at the hotel for a cup of hot chocolate and get taken by land rover to the caves up at the top of the hill. You pass under the wishing arch and arrive at the top to be greeted by elves. I do feel the car ride could have been made to feel more festive. It would only take a few small touches such as playing Christmas songs in the car, the driver could have been dressed more festive, perhaps some tinsel in the car etc. It didn't feel the 'magical adventure by Land Rover' that they market it as. 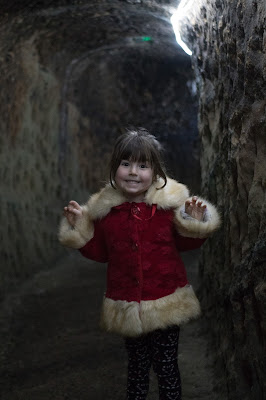 Once you are at the top an elf gathers you together and runs through some health and safety. There are two reindeer in a small wooden box which I thought was a little odd as they looked a bit cramped and we were told you couldn't touch them. I felt a bit sorry for them, they could have had a bigger area to wander round in. 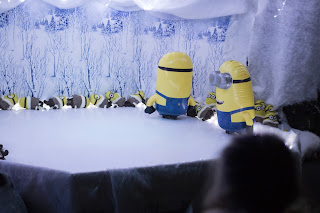 Families were staggered when entering the cave so that everyone didn't go through at the same time and there be a queue for santa. This was a nice touch.  As you walked through the caves there were different festive/wintery scenes such as Winnie the Pooh and friends, Minions where the children could have a go at remote control ice skating with them, Trolls, Unicorns & Fairies and Mario Kart where they had a little car race track and podium for the children to have a go with. At each section an elf greeted you and chatted to the children, leading you on to the next section of the cave again making sure everyone was staggered. 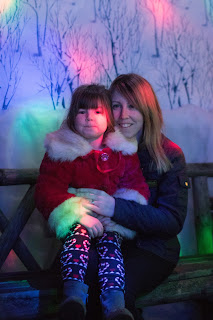 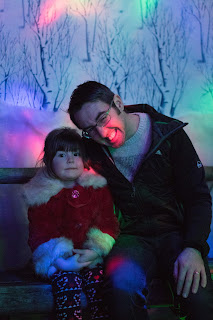 You came to a bench surrounded by festive trees where you waited for Santa behind a closed door.  Again an elf came to the door and lead you through to Santa who was sitting in a lovely big sleigh.  Everyone could sit in the sleigh and he had a box in front of him the children could sit on so they didn't have to sit on his lap if they didn't want to.  He was a fabulous santa, gave them a present but perhaps could have done with spending a little longer talking to the children though.

You are then lead out of the back of the caves where you are met by a wonderful view of the Shropshire countryside.  Down a path (which was nicely lit and would look lovely during twilight) and back to the land rovers to take you back.

Overall it was something a bit different, the caves were fabulous, it could just do with a few extra touches here and there to make it worth the money as it is expensive when you have to pay so much for the adults too.  I am not sure it is worth the money? However it is a different experience you wouldn't get anywhere else.
Posted by Unknown at 09:18